One Scientist’s Journey through the Star Trek Universe

Whether you consider it to be the true ‘first episode’ or not, “The Man Trap” is a solid and entertaining story.  We begin with Kirk, McCoy, and some other guy beaming down to the ruined planet M-113 to give medical aid to the husband and wife archeology team, Mr. and Mrs. Crater.  Although Dr. McCoy is required to administer a medical examination, the couple is adamant that they only want salt tablets.  A short while later, crewman Expendable suddenly dies, allegedly from consuming a poisonous plant, but was left with strange suction marks on his face.  One after another, members of the Enterprise crew are mysteriously killed, leaving only the same strange red marks as evidence of their demise.  Eventually, an investigation by the doctor, with the help of other officers, uncovers a monster, which had been drawing all the salt out of its human victims to perpetuate its own survival.

I consider this episode to be one of the better examples of The Original Series, mostly due to its great pacing and suspense.  We also get to visit the Enterprise’s Botany Department.  Sure, it’s amusing to see someone play a plant hand puppet, but I wou 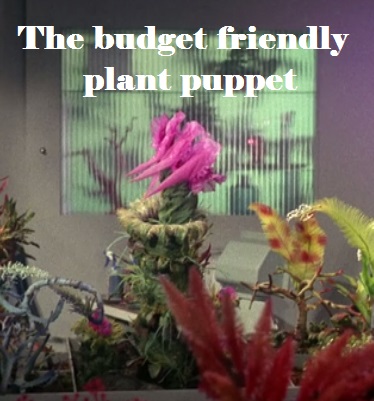 ld argue that there was clearly some effort put into making the plants in this scene look unique, interesting, and positively alien.  If I had to nitpick, it did trouble me that Sulu not only referred to plants as inanimate, but also having no sexuality.  The opposite is true of course: plants are living, breathing organisms and many species have a male and female dichotomy.  While these might be fun facts for some, I always feel it is a shame when popular media perpetuates misinformation.  Even so, the writers do give some great nods to the plants in this episode and to the nature of species conservation in general.

When the crew learns of the perpetrator for all the murders, they also discover it is the last of its kind.  This sparks a moral dilemma as to whether it is right to wipe out an entire species just because it proved to be dangerous in a certain context.  For many dangerous or inconvenient species, often it is just the ecological context that exacerbates the damage that is done.  While watching this salt loving alien, I was reminded of a tree genus I encountered in my studies, the Saltcedar (Tamarix spp.).  This is no ordinary tree; it has a remarkable ability to accumulate salt from the environment into its leaves, no suction cups needed!  The salt can become so concentrated that it extrudes from the green tissues.  When the leaves drop, high concentrations of salt are deposited back into the soil, killing the surrounding plants.  This obviously proved a disaster when the tree was introduced into the United States as an ornamental, and has since become invasive.  Still, as destructive as these types of invasive species are, their purpose is a matter of context.

Had the monster been given an adequate amount of salt, would it have resorted to killing humans?  Maybe the planet was more abundant in salt in its past, at which point, the creature might have been harmless.  Considering the survival position that the creature was in, what would the average person do when faced with starvation?  The answers are not easy, but in the end, they were already made for McCoy in the form of self-defense.  And if we have to defend ourselves against an invading army of salt-sucking trees, then it seems the decision has been made for us as well.

For more information on salt cedar and other invasive species, check out the USDA’s website:

One thought on “Sodium Homicide, TOS:S1E1 “The Man Trap””